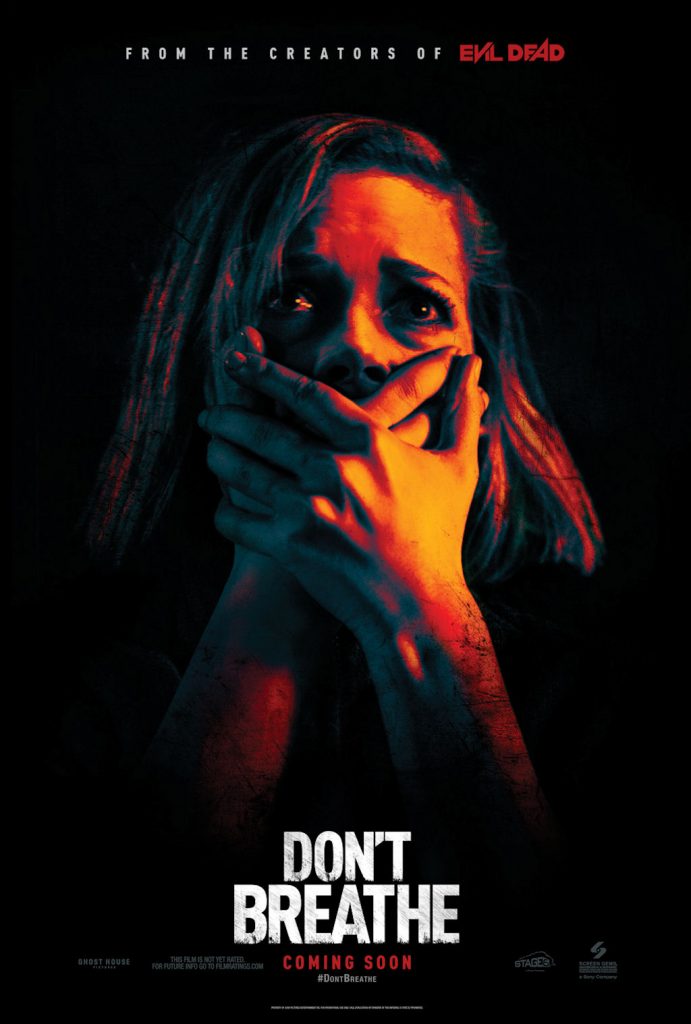 Don’t Breathe focuses on three young thieves planning to rob a blind army veteran’s home. The movie lures audiences in with this premise and what we uncover is something far more sinister. Fede Alvarez’s latest horror demonstrates a masterful use of silence to develop tension whilst toying with the audience as we question just who it is we are rooting for.

Don’t Breathe opens with a scene which casts doubt on how innocent The Blind Man is, before spending a few short scenes establishing the daily lives and struggles of the ‘protagonists’ in attempt to lend sympathy. It’s fairly routine stuff; Rocky (Jane Levy) plans to escape Detroit with her young sister, saving her from a dead end life. Money (Daniel Zovatto) is in a loose relationship with Rocky and is responsible for trading the group’s bounty for cash. Alex (Dylan Minnette) is the voice of reason – initially unwilling to break into The Blind Man’s home. It’s also clear he has romantic feelings for Rocky. Their target, The Blind Man, received a huge cash settlement when his daughter was killed in a road accident.

The Blind Man’s neighbourhood is desolate, each house abandoned, only his home remains reflecting the only choice these characters feel they have. The setting captures the dead end life the thieves are facing. Once inside the home, they quickly lose control of the situation. The Blind Man is more than capable of defending his home and they become trapped in a situation which threatens to cost them their lives. The vacant neighbourhood that seemed to grant them freedom instead traps them, as their screams fall upon deaf ears.

The camera work is particularly effective in capturing hints that help The Blind Man navigate his home. One terrifying scene in the basement has Rocky and Alex attempt to flee The Blind Man in the pitch black. Alvarez expertly demonstrates the advantage The Blind Man has as he navigates using his other senses. He holds his arm aloft, touching a segment of lowered ceiling and feels items on shelves which help to place himself.

Alvarez grips the audience through his use of silence. The biggest advantage the thieves have is to avoid making any noise. The suspense creeps up on the audience and snares us, just as the thieves strive to contain every breath and squirm across floorboards as they attempt to escape.

The initial plot is formulaic enough, though this doesn’t serve to spoil the enjoyment. That the Blind Man harbours a secret is somewhat predictable. However, by twisting the formulaic premise the movie creates an extra dimension. It scratches at some of our most primal fears, adding another horrifying layer to the movie.

Don’t Breathe is an engrossing horror which exploits silence and clever camera work to deliver a thrilling, twisted experience that exceeds its initially formulaic premise.